Brexit – A Stay of Execution?

Brexit – A Stay of Execution?

Good news from Michael Barnier, the European Union’s chief representative in Brexit negotiations with the UK: “British citizens and European citizens of the 27 who arrive during the transition period will receive the same rights and guarantees as those who arrived before the day of Brexit“.

This means that if you’re in the UK and planning to live and work in Spain, it’s not too late; you now have until December 2020 to start a new life here, and British citizens will continue to enjoy the benefits of the free labour market (having access to health care and other services, not needing a visa to live and work here, etc.) during the transition period (from 29th March 2019 to 31st December 2020).

When the results of the UK referendum on leaving the EU became known in June 2016, many budding TEFL teachers feared that Spain would no longer be an option for them and even considered careers elsewhere. Now that more details of the effects of a transition period are coming to light, it seems that once again British people who want to pursue a TEFL career in Spain can make that choice. And where better to find out more about teaching opportunities than at this year’s Spainwise TEFL Job Fairs to be held in Cordoba on 12th May and Bilbao on 19th May? 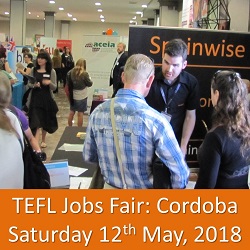 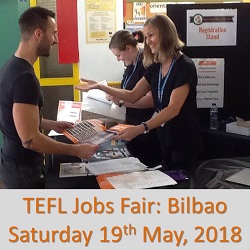