Andalusia is the second largest of the seventeen regions of Spain, and, with a population of almost eight million, it is the most populous. The region is comprised of eight provinces: Almeria, Cadiz, Cordoba, Granada, Huelva, Jaen, Malaga and Seville.

While for some people the region may epitomise many of the stereotypes of Spain (year-round sunshine, flamenco, fiestas and bullfighting), Andalusia is amazingly vast and offers startling contrasts: quaint white-walled villages off the beaten track, modern and vibrant cities with a wealth of architectural heritage, and coastal resorts with beaches that stretch for miles.

As Andalusia was occupied by the Moors for longer than any other region of Spain, the Muslim influence on the architecture (especially in larger cities, such as Cordoba, Granada and Seville) is unmistakable. Nevertheless, every city, town, village and hamlet the length and breadth of Andalusia boasts a wealth of cultural heritage which will satisfy the most insatiable visitor.

Perhaps, however, it’s the climate (300 days of sunshine a year!) and the pace of life (just that little bit more relaxed) that attract most teachers to the region. Be warned, however, this is the hottest place in Europe, and the long summers and soaring temperatures are not for everybody. On the other hand, winters, which are very short (three to four months long), can get quite cold, especially inland.

Food in Andalusia is as varied as one would expect of such a vast region. However, popular choices include fried fish (particularly nearer the coast), cured ham, gazpacho, and, of course, wonderful Andalusian olive oil with everything! Fresh fruit and vegetables are staples, whether you eat out or at home. Indeed, eating out is almost a way of life here, largely due to the influence of the climate.

Like most regions in Spain, Andalusia also produces a fine range of local wines with fino (or sherry) being particularly popular. The region is served by two international airports – in Seville and Malaga with daily flights to the UK and Ireland. Rail travel is a real pleasure with the AVE providing Malaga, Cordoba and Seville with high-speed connections to Madrid, Barcelona and the rest of the country.

The association of language schools in Andalusia is called ACEIA. 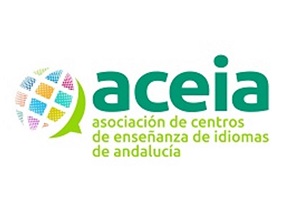