Although here you won’t find the same level of support for separatism as you might in the Basque region or Catalonia, the 1.1 million Asturians do have their own dialect, culinary traditions and culture, some aspects of which will remind you of the west of Ireland or the north of Scotland.

A beautiful, mountainous region, Asturias enjoys a maritime climate and is quite mild by Spanish standards. It shares the Cantabrian Mountains with the neighbouring province which gives the mountains their name, and the whole area is awash with lakes, lagoons and rivers. Somiedo Lake in the south is a must-see, as is the Dobra River (to the south of Cangis de Onís).

While Oviedo is the capital city of the Principality, Gijón with a population of approximately 300,000, is the largest. However, it’s not a region renowned for its urban areas. More typical, perhaps, are the many towns, villages and hamlets dotted throughout the lush, green countryside.

No review of Asturias would be complete without mention of the rich culinary delights the region is justifiably famous for. Asturian bean stew (fabada asturiana) is the best-known local dish, but fish and seafood are also important features of any local menu. Dairy products from Asturias are regarded as the finest in the country, and Asturian cider is famous throughout Spain and, indeed, beyond the country’s borders.

Asturias enjoys strong links with the Spanish royal family: Felipe VI was Prince of Asturias prior to being crowned King of Spain and Queen Letizia hails from this region.

The association of language schools in Asturias is called ACEIAS. 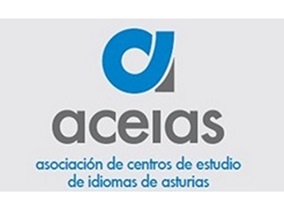