Castile and Leon make up Old Castile, the largest autonomous region in Spain. However, the population of each of its nine provinces varies greatly (the province of Soria, for instance, is the most sparsely-populated in the country).

The total population of the region is 2.5 million, with the majority of the inhabitants living in major cities like Valladolid, Burgos, Leon & Salamanca.  There are nine provinces: Avila, aBurgos, Leon, Palencia, Salamanca, Segovia, Soria, Valladolid and Zamora.

The region is situated on the northern part of the Meseta Central (a great plateau in the centre of Spain) and the countryside consists of miles of flat arable land. Another striking feature of the region’s geography is its location by the River Duero, providing perfect conditions for vineyards. One of the region’s wines, Ribera del Duero, is held in high regard and said by many to be a more than valid rival to the country’s more well-known Rioja.

Castile & Leon has a very important place in Spanish history and the formation of modern Spain. It is in this region that the language we now call Spanish originated and it is from here that the Catholic Kings, Ferdinand and Isabella, sought to unify Spain when they launched the re-conquest of the country from the rule of the Moors. Castile & Leon’s history can be seen in the wealth of medieval castles, cities, churches and cathedrals that can be found here. It is also here that Spain’s most renowned university can be found, in Salamanca.

The climate of the region may not be what one typically thinks of when one thinks of Spain. The winters are quite long and cold, and the summers can be hot. However, with its inland position a visit to the beach involves at least a day trip. That said, many enjoy this climate for winter sports and the mild summer temperatures (in comparison to other regions like Andalusia or nearby Castile La Mancha).

The colder climate is reflected in the region’s food, typically quite hearty fare. Famous dishes include cochonillo (roast suckling pig), roast lamb, morcilla de Burgos (a black pudding made with rice) and sopa castillana (a soup made of bread and garlic).

As mentioned earlier, Castile & Leon’s history is extremely rich. This can be fully appreciated in the sheer number of UNESCO World Heritage sites which can be found in the region. Three cities hold the prestigious title (Segovia, Avila and Salamanca). In Burgos one can marvel at the impressive Gothic cathedral and, just outside the city, the archeological deposits of Atapuerca can be seen. In Leon, another UNESCO site is the Roman gold mine Las Médulas and the pilgrimage route of El Camino de Santiago winds its way round many of the region’s cities, towns and villages. The city of Burgos is also competing for the honour of European Capital of Culture in 2016, a bid which has seen many exciting developments within the city, one of which is an airport, a facility which will open up all kinds of opportunities for the region as a whole. 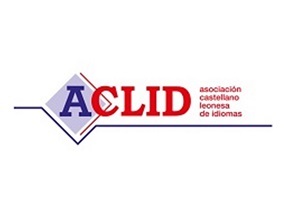