Galicia is that part of Spain which sits on top of Portugal. It is comprised of four provinces: A Coruña, Lugo, Ourense and Pontevedra. Over the centuries, because of its comparatively isolated position, it has developed a culture and traditions of its own, and many of these survive until this day. The Galician language, although similar to Portuguese, is in fact a language in its own right.

Galicia is the greenest region in Spain. Due to its maritime climate (warm summers and mild winters), the region is covered with lush, green vegetation. It is a heavily-forested region, which makes it an ideal home for the many species of flora and fauna which thrive there. With a population of just under three million, Galicia is not densely-populated (its most populous city, Vigo, has less than 300,000 inhabitants); instead the population is spread out over more than 1,000 villages, towns and cities.

Water plays a big part in the life of Galicia. The region experiences over a hundred days of rainfall annually, is known as the “land of a thousand rivers”, and has over one and a half thousand kilometers of coastline. You are never far from water in Galicia!
The coast is highly-indented with fjord-like indents known as rías. Similarly, a number of islands off the Galician coast provide the region with deep-water harbours. The rías and harbours are important for Galicia’s fishing industry, which makes a significant contribution to both the local and national economies.

Galician fish and seafood are famous for their freshness and quality throughout Spain. Local dishes, such as Galician Octopus (pulpo a la gallega), and empanadas (meat- or fish-filled pies) have made it past the Galician borders and can be enjoyed throughout the peninsula and beyond. Tarta de Santiago (almond-based cake) is a well-known dessert, particularly in Santiago de Compostela, and Galicia is also home to a number of superb wines, including Rías Baixas (made from Albariño grapes) and Ribeiro.

Throughout the year, but especially during the summer months, the region is a holiday destination for visitors from home and abroad. As well as rural breaks and seaside holidays, Galicia offers visitors the unique travelling experience of the camino de Santiago, (pilgrimage to Santiago). Walkers from near and far follow the route which has been travelled for centuries and which ends in the Cathedral of Santiago de Compostela.

The association of language schools in Galicia is called ACEIGA. 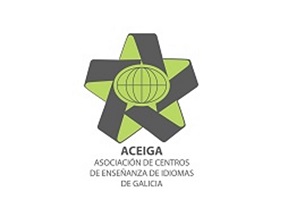