Castilla La Mancha is perhaps the most sparsely-populated region of Spain, and offers a unique opportunity to enjoy the Spain that existed long before overseas visitors first descended on the costas. A vast plateau, its landscape is dotted with crumbling castles, working windmills and large lagoons.

Although the region is quite famous for its agricultural products and excellent wines, visitors are mainly drawn to the area by the wealth of its architectural heritage.

From the 11th to the 14th century, Castilla La Mancha provided the backdrop to the constant battles between Muslims and Christians that marked the history of Spain during this time. Remnants of castles and fortresses from this period can be seen throughout the region.

Must-sees in the region include the Don Quixote Museum in Ciudad Real, and the Alcazar and Cathedral in Toledo (one-time capital of Spain), where you should also take time out to see the works of El Greco. Further north, the hanging houses of Cuenca are well worth visiting, as are the churches of Guadalajara and the Palacio del Infantado, also in the north.

If you tire of sight-seeing, the region provides endless opportunities to ‘get away from it all’. Wind your way through the region from sleepy village to dusty hamlet or visit. Lagunas de Ruidera, a 38-square-kilometre natural park, with 15 lagoons connected by rivers, waterfalls and subterranean rivers.

Apart from excellent local wines and fine cheese, the region is known for many local dishes produced with fresh local produce. Pisto Manchego (a dish not dissimilar to ratatouille) is indigenous to this region, as are migas, morteruelo and numerous mushroom-based dishes.

Since 1992, the AVE high speed train line, with a stop in Puertollano, has provided easier access to and from the region.

Now Seville is about an hour and a half away, a trip to Malaga takes about fifteen minutes longer, while Madrid is a mere 70 minutes away.

The association of language schools in New Castile is called ACAMCEDI 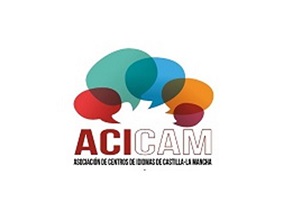