You are here: Home1 / Autonomous Regions2 / The Basque Country

The Basque Country is one of the autonomous regions that make up Spain. It is unusual within Spain in that the level of autonomy enjoyed is probably the highest in Europe and it responds to cultural, historical and linguistic differences: it raises and spends its own taxes (paying the state for centrally provided services such as customs, the armed forces and diplomatic representation overseas), it has its own health service, police force and education system (with education in Basque or Spanish) which in a community of around 2.5 million people has led to the region catching up with Europe faster than some other parts of Spain. It consists of three provinces: Alava, Guipuzcoa and Vizcaya.

The Basque Country has a diversified economy, with some of the strongest financial institutions in Spain but without the dependence on construction which has led to so many problems in the south. Agriculture, steel, manufacturing (particularly for the automobile industry) and fishing were the traditional industries, but the Basque Country has diversified.

Each of the three provinces is different; Vizcaya with its Cornwall-like coast, gentle hills and low mountains leads to Guipúzcoa with an essentially small urban and rural population among steep hills before reaching its beautiful capital, San Sebastian which is one of the historical holiday cities for those who used to be able to take a full month (or two) off to go to the seaside.

Alava is up on the meseta and is split between the green agricultural and rural north and the drier Rioja Alavesa (yes, some of the best Rioja wines are produced in the Basque Country. The Rioja “Denominación de Origen” not only covers the bordering Rioja region but also includes part of Alava). It is hot in summer and cold in winter unlike Vizcaya and Guipúzcoa which enjoy a milder climate, somewhat like Britain but slightly warmer year-round. Vitoria-Gasteiz is the administrative capital of the Basque Country, seat of the Basque Government and capital of Alava. It is a pleasant modern city that has grown in the last 25 years from a small town to a flourishing services and light industry centre.

Gastronomically, there is no better region in Spain than the Basque Country. Yes, of course, we have Michelin 3, 2 and 1 starred restaurants (at much better prices than in Britain), but even the cheapest restaurants provide excellent food and the “pinchos” are clearly the most imaginative and special in Spain. Eating and drinking (in moderation) are a fundamental part of social life.

Popular sports are football, tennis, paddle tennis (try it, it is real fun and easier than tennis), skiing (between 2 and 3 hours’ drive in winter), the famous longest left at Mundaka for surfers, pelota (watch out if you try the hand version, the ball is like a cricket ball). Rugby is a growing minority sport. Golf is on the up and there are now public courses available as well as the private clubs.

Traditionally, the Basques have been business leaders in Spain and this is reflected in a serious approach to business and personal relationships, mixing the British tradition with the Mediterranean one. Here, it is obvious you are in Spain but you won’t feel out of place and it is very easy to fit in and feel comfortable.

The association of language schools in the Basque Country is called ACEIB. 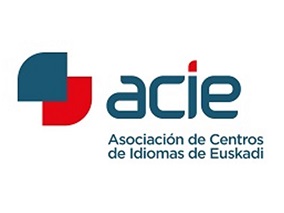