Located on Spain’s east coast, the Valencia Region is comprised of three provinces: Alicante, Castellon and Valencia. The region covers some 23,000 square kilometers, has over 500 kilometres of coastline, and is home to more than five million people. Valencia has two official languages, Spanish and Valencian, and both are widely spoken. The region enjoys a Mediterranean climate which means the weather is generally mild most of the year. However, summers in the north are not as hot as in the south, while winters in the south are milder than in the north. The region’s capital is Valencia City.

Inland areas are quite mountainous, while the long, narrow coastal strip is quite flat, and traditionally very fertile. Tourism, however, has gradually replaced agriculture as the primary industry throughout the region. There is a high incidence of holiday home ownership by foreign nationals, and every year several million holiday-makers visit Valencia. The coastline, although developed, offers many spots of outstanding natural beauty.

There is no shortage of things to do and see in the region. Valencia City is a joy to visit, with its fruit and vegetable market, the cathedral and a host of other places of interest. Santa Barbara Castle in Alicante is another must-see, as is the historic city of Orihuela with its cathedral, churches and palaces.

Paella, the most famous of all Spanish dishes is originally from the Valencia region. Indeed, many of the region’s most popular dishes are rice-based. However, there are other culinary delights, including coca en tomata (a local version of pizza) and pastissets (sweet pastries which look like Danish pastries). Although traditionally a Christmas treat throughout Spain (but originally from the Valencia region), turrón (a type of nougat made from honey, sugar, egg, and nut) will delight those with a sweet tooth.
By far the best-known of the region’s festival is the Fallas in Valencia City which takes place in March. Giant caricatures depicting well-known politicians and celebrities dominate the streets, only to be torched at the end of the festival. There are other festivals, however, including La Tomatina, a food fight in which thousands of people have exactly an hour to throw one hundred tons of over-ripe tomatoes at each other.

As one might expect of a region where tourism is paramount, infrastructure is excellent. Alicante has an international airport and there is a smaller airport in Valencia City. There are rail and bus links to all nearby urban centres, as well as the rest of Spain. Valencia City has an underground system and tram service.

The association of language schools in the Region of Valencia is called ACEICOVA. 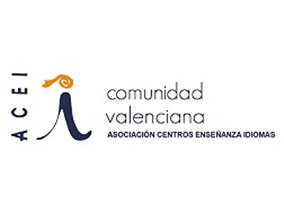