Founded in 1989 by James Kelly and Caroline Nixon (of Kid’s Box and  Power Up fame), Star English has two locations. The first academy is in the town of El Palmar (approximately eight kilometres outside Murcia City) and the second in Murcia city centre itself.

You can visit the school at www.starenglish.es and take a virtual tour on Google maps.

Apart from James and Caroline, there are ten other teachers. Lyndsay, our Head of studies in Murcia, has been here for 14 years while Miguel, our Head of Studies in El Palmar, has been with us for 12 years. We pride ourselves on being extremely professional whilst also maintaining a close-knit social group, one of the reasons the majority of our teachers are renewing their contracts for next year. 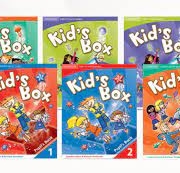 Star English caters for both group and one-to-one classes, for adults and children from the age of five. The maximum number of students in any one class is ten, and all teaching materials are provided by the school. The majority of our pupils are between six and eighteen years of age. The school does not open on Saturdays or Sundays, and all efforts will be made to ensure that each teacher has as “comfortable” a timetable as possible. We teach 75-minute classes from 4.30 pm to 9.30 pm, from Monday to Friday. All classrooms are equipped with interactive whiteboards and the Kid’s Box, Cambridge KET, PET, FCE, CAE and CPE series all have their own IWB resources.

All Star Engish teachers are of native English speakers competence and lessons are given entirely in English.

The emphasis in the classes is on speaking and listening skills.

Personal attention to students is an important feature of our classes.

Teachers are required to prepare students for the Cambridge exams, Starters, Movers KET, PET as well as the upper main suite exams FCE, CAE and CPE.

Ideally, we look for teachers who have a minimum of 3 years’ teaching experience, a CELTA certificate and a degree preferably in languages or teaching. On occasion, we employ teachers who don’t reunite all of these conditions, but who show a natural instinct for teaching in these cases training is provided on-site as well as a clear professional development plan.