You are here: Home1 / Nightlife 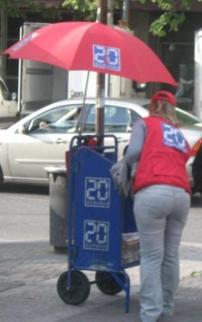 Daily newspapers such as 20 Minutos (given out for free at distribution points throughout the major cities and towns) are useful sources of information when planning a night out. Similarly, at weekends local newspapers often publish supplements with entertainment listings. As well as details of what’s on at the theatre, reviews, etc., these entertainment guides often include a seven-day TV guide.

There is no shortage of cinemas offering the usual commercial releases. However you should bear in mind that films here are invariably dubbed into Spanish.

For a full list of films currently showing wherever you are in Spain, check out the following website: www.ecartelera.com

There are alternatives with some cinemas showing less mainstream films (usually in the bigger cities). Check local press for details.

If you want to see a film that has not been dubbed into Spanish, look out for the letters V.O. (Original Version) or V.O.S. (Original version, subtitled) in the listings.

In the summer months, open-air cinemas (cines de verano) are still quite commonplace in villages, towns and smaller cities. These are a must-see if you haven’t been before.

While there are many live music events held throughout the year, live music venues are not numerous except in the larger cities.